Learn more about the Novatia staff. 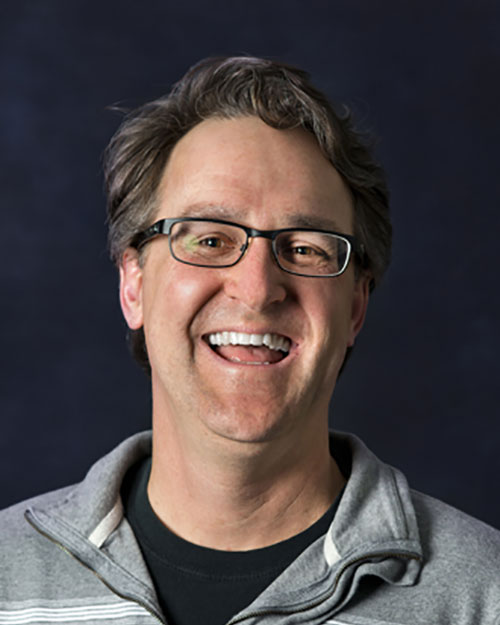 Mark Hail obtained his B.S. in Chemistry from the University of Kentucky (UK) (1984) (go cats!) and a Ph.D. in Analytical Chemistry from the University of Florida (1988). While at UK, Mark started his research career with Jim Holler, who at the time, was a young, not-yet-tenured professor of analytical chemistry. Jim was doing very interesting things combining instrumentation, electronics, computers, and chemistry. From there, Mark went on to graduate school at the University of Florida where he worked with Rick Yost on triple quadrupole mass spectrometry, atmospheric pressure ionization, ion-molecule reactions, and high-speed, short-column gas chromatography. From 1989-1993 Mark was at Finnigan Corporation in San Jose, CA working in the Research and Engineering division on the development of triple quadrupole tandem mass spectrometers (TSQ 700x), atmospheric pressure ionization sources (ESI, APCI), as well as on applications of LC/MS. As part of a highly-motivated team of scientists and engineers, Mark helped lead the development and introduction of Finnigan’s first API source in 1992. A number of patents were issued during this period of API source development. The success of this interface helped pave the way for new Finnigan LC/MS products which used this basic API interface design. In 1994, Mark joined Bristol-Myers Squibb (BMS) in Princeton, New Jersey as a Senior Research Investigator, where he was responsible for the development and implementation of new mass spectrometry technology as part of a multidisciplinary group known as Investigative Analytical Research (IAR). A central theme of the research done as a part of IAR at BMS was the development of automated methods for the characterization of biological drug targets and products, as well as synthetic organic compounds and their impurities, degradants, and metabolites. Mark left BMS in January, 2000 to start Novatia and currently serves as President of the company. 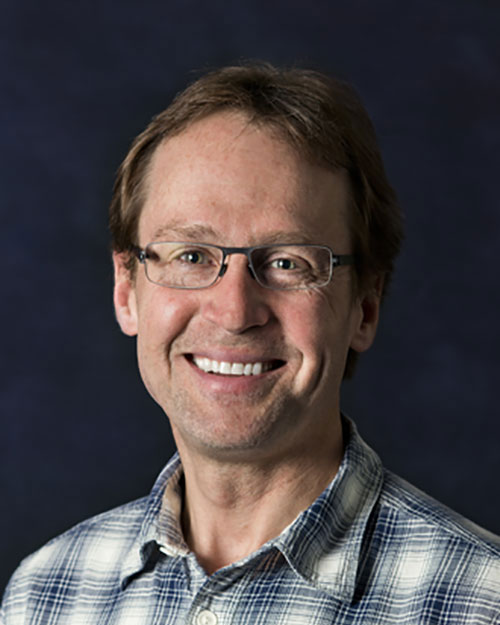 Dave Detlefsen holds a B.A. in Biology and a B.S. in Chemistry from Nebraska Wesleyan University (1983) and a M.S. and Ph.D. in Chemistry from the University of Michigan (1990) where he used molecular biology and a variety of biophysical techniques to explore factors that control biological electron transfer. As a postdoctoral research associate in the Biochemistry and Molecular Pharmacology Department at Harvard Medical School with Gerhard Wagner he determined the solution structure of a small bacterial cytochrome using homonuclear NMR data and distance geometry methods. In 1991, Dave joined BMS in Wallingford, Connecticut where he was responsible for developing NMR based methods for the structure analysis of biomolecules in support of drug discovery. He introduced novel NMR based strategies for profiling molecular dynamics, binding constant determination, SAR interaction site mapping and mixture analysis. In 1997, Dave became Senior Research Investigator of Analytical Research & Development in Lawrenceville, New Jersey where he played a key role in the implementation of new NMR and analytical informatics technology. Dave joined Novatia in July of 2001 and currently serves as Vice-President of the company where he is focused on the development of rapid NMR methods for pharmaceutical research and better information management tools for scientific research. 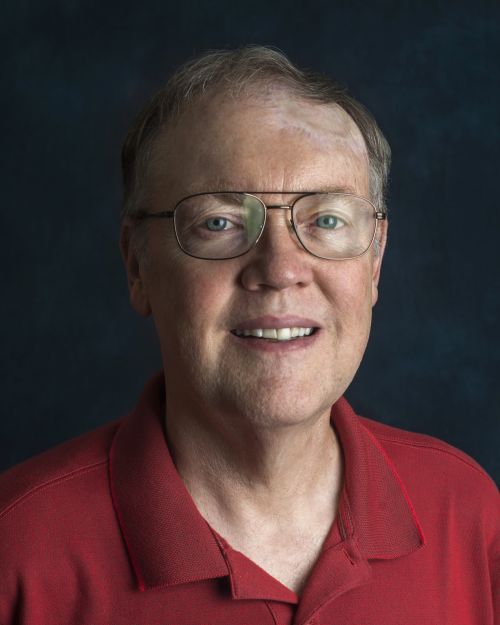 Ed obtained his Ph.D. in medicinal chemistry (organic chemistry emphasis) in 1980 from the University of Illinois, Chicago. He then completed a post-doc at Northwestern University before joining the Chemical Process Technology group at Bristol Myers Squibb in 1982, where he was engaged in the design, development, and tech transfer of processes for new active pharmaceutical ingredients (APIs). With 30+ years of leadership experience in the pharmaceutical industry, he possesses a strong background in both organic and analytical chemistry, coupled with a well-developed understanding of the CMC regulatory landscape. Ed’s experience in the areas of organic chemistry, chemical kinetics, and separation science make him ideally suited to help Novatia’s clients work through thorny API and drug product impurity and degradation regulatory issues. 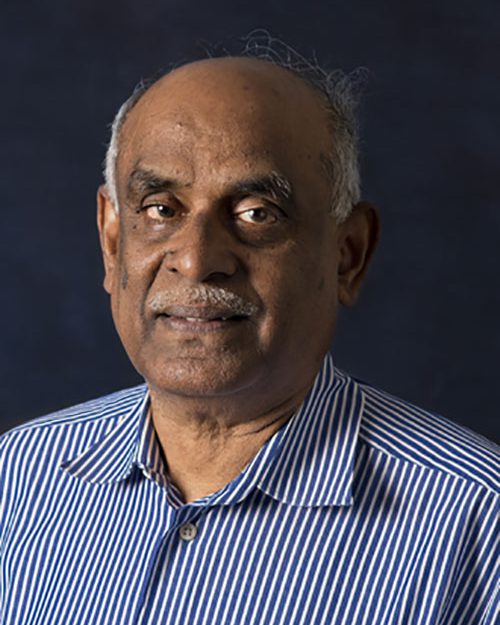 VP received his B.S. and M.S. degrees in chemistry from the University of Madras in India. He received his doctoral degree in chemistry in 1981 from Oklahoma State University under the guidance of Dr. E.J. Eisenbraun. His doctoral dissertation was focused on the synthesis and NMR investigation of alkylated indans. After his Ph.D. program, he joined Professor Steven Gould’s research group at Oregon State University as a post-doctoral fellow. After the completion of his post-doctoral tenure, he joined Bristol Myers Squibb in 1987 and worked in Process R&D and Analytical R&D departments until 2009. While at BMS, he headed a group of scientists with expertise in isolation, synthesis, and mass spectral and NMR spectroscopy. Later on he joined Wyeth vaccine division and worked from 2009 to 2011. VP joined Novatia as a consultant in 2012. 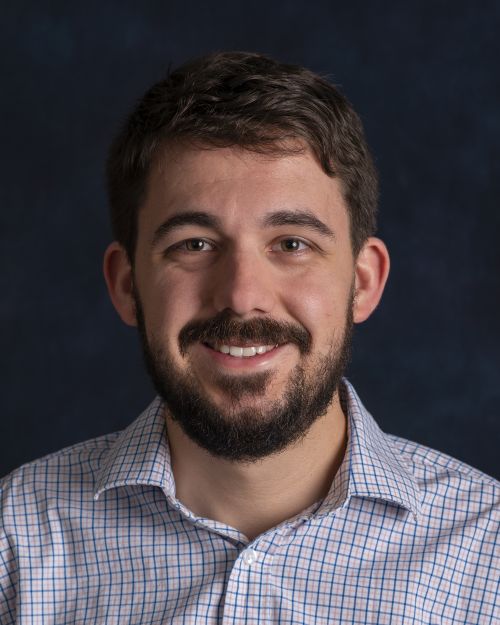 Adam obtained a B.S. in biochemistry from the University of Florida in 2014 and a PhD in organic chemistry from the University of Oklahoma in 2018. At the University of Florida, Adam began his research career, working in the lab of Rebecca Butcher. As an undergraduate, his research focused on the isolation and identification of signaling molecules produced by entomopathogenic nematodes. Adam then continued his research career at the University of Oklahoma, working with Robert Cichewicz. During his graduate studies, Adam’s research focused on the isolation and structure elucidation of bioactive small molecules from fungal sources. In the process of conducting this research, Adam was able to gain extensive experience in the use of chromatographic techniques, mass spectrometry, and NMR spectroscopy in the context of natural product drug discovery. Adam joined Novatia in March of 2019 as a Senior Research Scientist.

Jess obtained a B.S. in chemistry from Fairmont State University in 2014 and a Ph.D. in organic chemistry from West Virginia University in 2019. At Fairmont State University, she began her research career, working with Profs. Erica Harvey and Andreas Baur. Her research focused on the isolation and identification of common carboxylic acids in human sweat samples by GC-MS. In 2014, Jess then continued to West Virginia University to further her research career under the advisement of Brian Popp. During her graduate studies, Jess’ research focused on the kinetic analysis of iron-catalyzed hydromagnesiation of vinyl arenes. Over the course of the development of an in situ spectroscopic study for this methodology, Jess gained extensive experience in the use of operando in situ infrared spectroscopy, numeric modeling of kinetic systems using COPASI (a biochemical numeric modeling software), and NMR spectroscopy. Jess joined Novatia in January 2020 as a Senior Research Scientist. 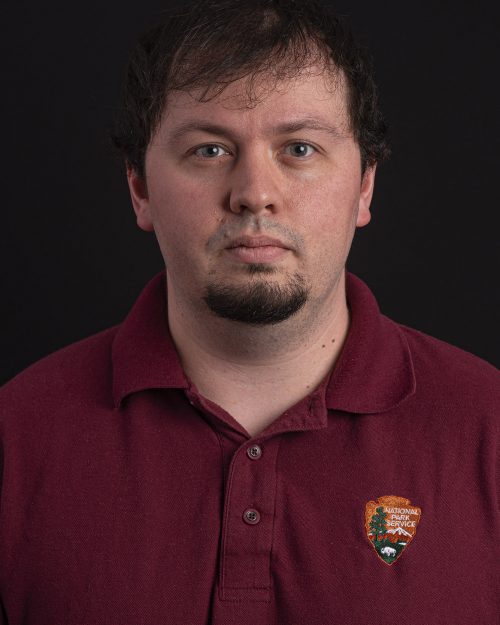 Will obtained his B.S. in chemistry from Chestnut Hill College in 2012 and his Ph.D. in chemistry from SUNY Albany in 2019. At SUNY Albany he joined Dan Fabris’ research group where he developed mass spectrometry-based methods to analyze nucleic acids. This included helping to develop an MS-based platform for the identification and quantification of naturally occurring covalent post-transcriptional modifications of RNA. In addition, he helped with the design and construction of electrospray ionization sources for native MS analysis to observe non-covalent complexes in the gas-phase. In 2020, Will continued his research with Dan Fabris’ as a post-doctoral researcher at the University of Connecticut. Will joined Novatia in April of 2021 as a Senior Research Scientist. 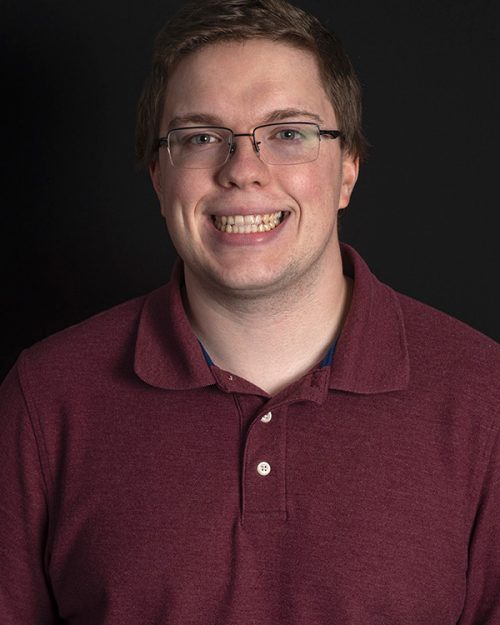 Linda Fenton, a life-long resident of Bucks County and graduate of Delhaas High School in Bristol Township, has worked for many years in the legal profession for area attorneys including Curtin and Heefner Law Office in Morrisville,  Jackson and Sullivan Law Office in Fairless Hills and District Court 7-1-4 with Judge Robert Wagner in Bucks County.   In addition to the on-the-job experience, she completed several certificate courses offered by Bucks County Community College, including Office Management and Real Estate Practices.  She held a Real Estate License and salesperson’s license while working as Assistant Property Manager at Pennwood Crossing Community in Morrisville, Pa.  Prior to joining Novatia, she was the Director of Legal Services for an Accounts Receivables Management firm where she facilitated the company’s Certifications and Department of Banking audits and managed the Legal Department.  Linda started a part-time position at Novatia in July 2021 as an Administrative Assistant where she processes sample submissions, maintains the chemical inventory and assists the Office Manager with the company’s administrative functions and joined the Novatia team full-time in January 2022. 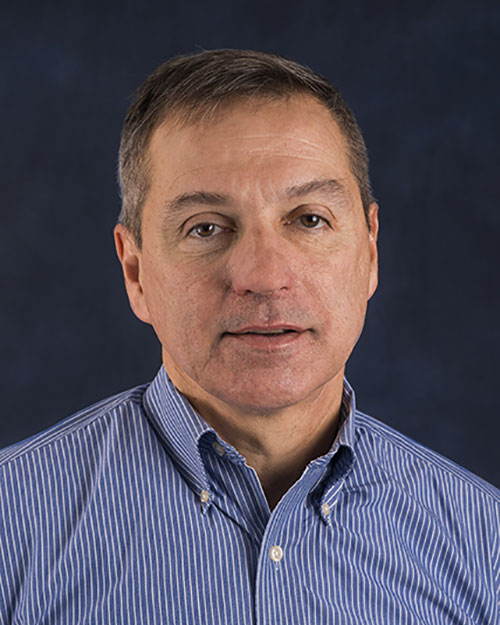 Bruce received his MBA from Rider University in 1988. His experience includes twenty-two years as a production manager in the thin film industry where he was responsible for IBS, PVD and electron beam deposition systems as well as the staff supporting those systems. He has been the Facilities Manager at Novatia since July 2016, and is responsible for supporting the cGMP program. 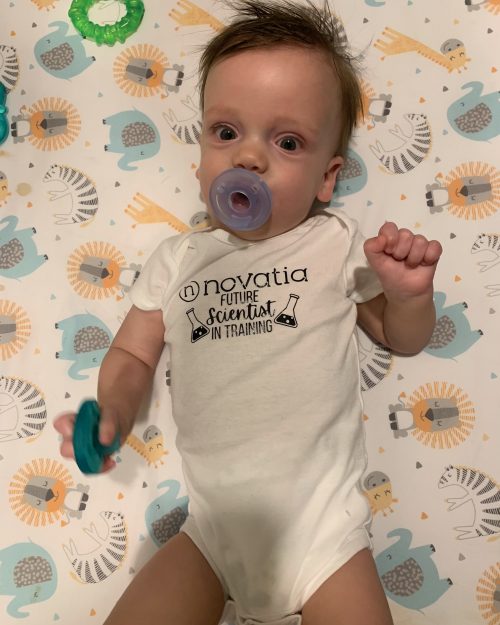 Sawyer Carter joined the Novatia team in August of 2021. His favorite activities include roaring like a lion, looking through his books, and crawling after his puppy, Artemis. In his down time, he also enjoys snuggles with mom and dad and drinking a warm bottle of milk while watching Blue’s Clues. While not actively working on projects in the lab at this time, Sawyer is our most recent scientist in training!