It is important to confirm the structure of oligonucleotides to be used in diagnostic and therapeutic applications. The use of modified oligonucleotides often precludes the use of enzymatic digestion combined with mass spectrometry for sequence confirmation. Tandem mass spectrometry can be used to reliably confirm the sequence of DNA and RNA, including modified oligos. Applications include sequence confirmation of known sequences, as well as denovo sequencing and identification of modified residues. 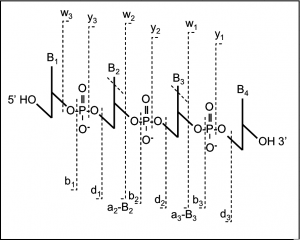 The resulting fragment spectrum is much simpler to interpret. Much of the sequence can be read from either end. 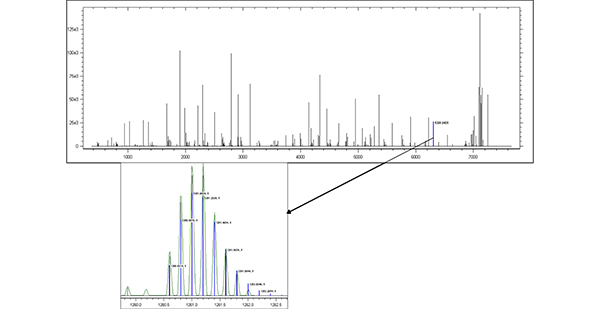